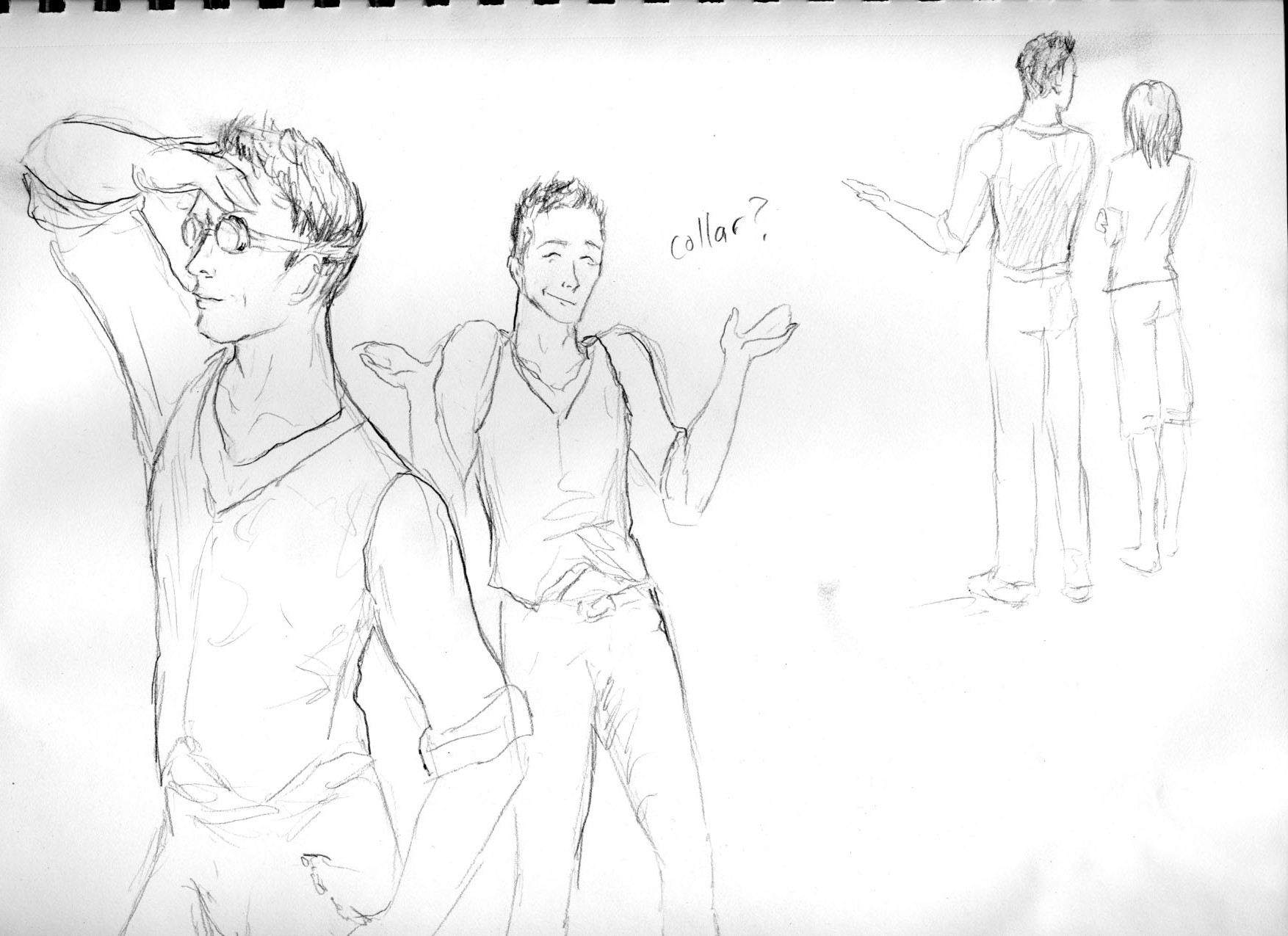 If there is one thing to be certain about, it’s that Sem isn’t your average time traveler. I’ll mannered and full of himself, he is always quick to act and knows what to do when a situation gets serious. Despite his boastful ego, there is one thing Sem cares about more than himself; his job as guardian and protector of worlds. Dedicated to finding and saving the many lost travelers of Asphodel who end up in the wrong world and time period, Sem always puts the lives he saves first before his very own.

Having ended up in the world of Asphodel at the young age of 9, Sem was mentored and trained by his close friend and adopted father, Erland, in how to stay alive and blend in with the many worlds he may later encounter in life. Raised to always expect the unexpected, know a way out, and always have a back up plan, Sem still finds himself becoming tangled up in the many lives he comes across. After Erland’s passing left a hole in his heart, not long before the loss of someone else he held very dear to him, Sem grew distant from those around him, including his own friend and partner, Otto. Fearing a third repeat of his worst nightmare, Sem has refused to take on new partners on his adventures. That is… until he met Ally. 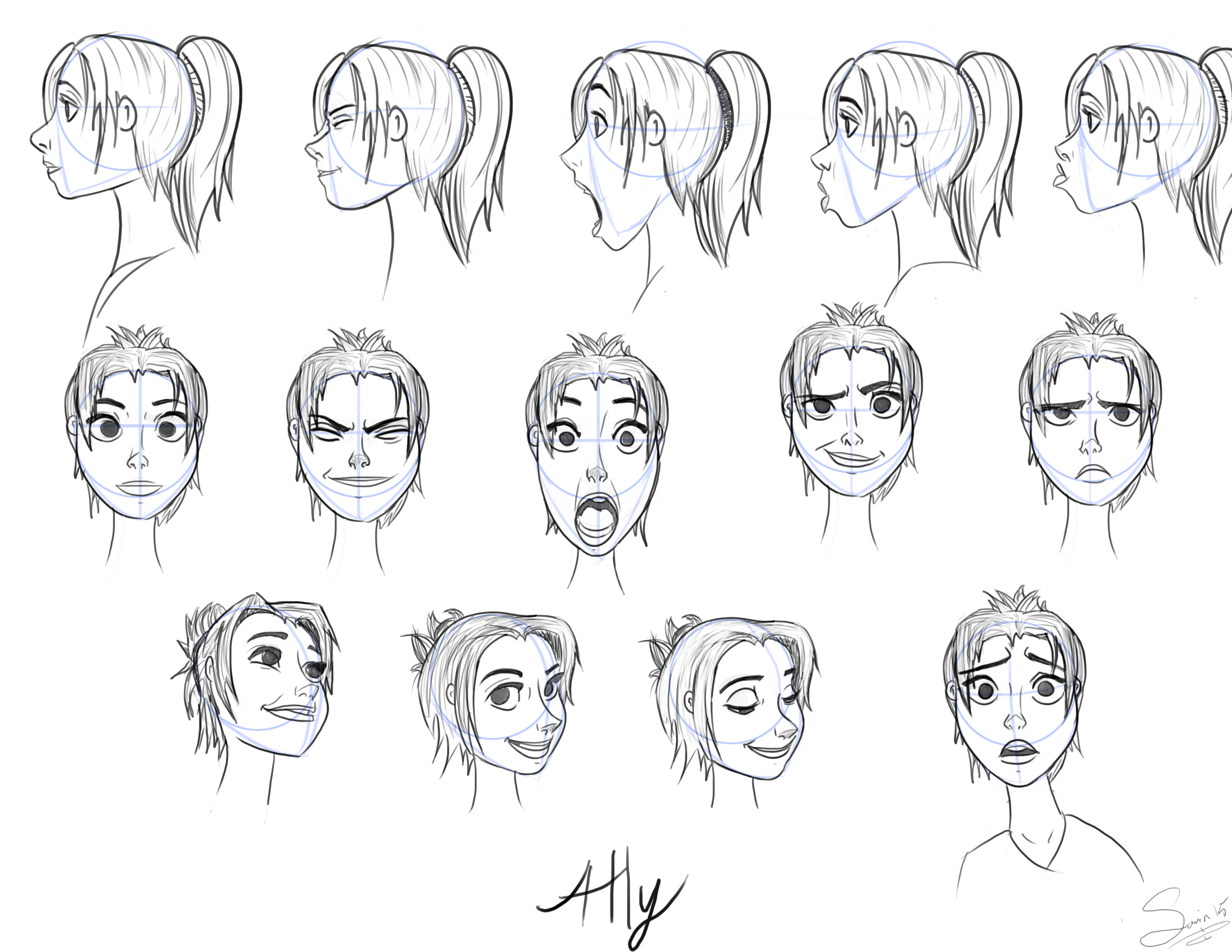 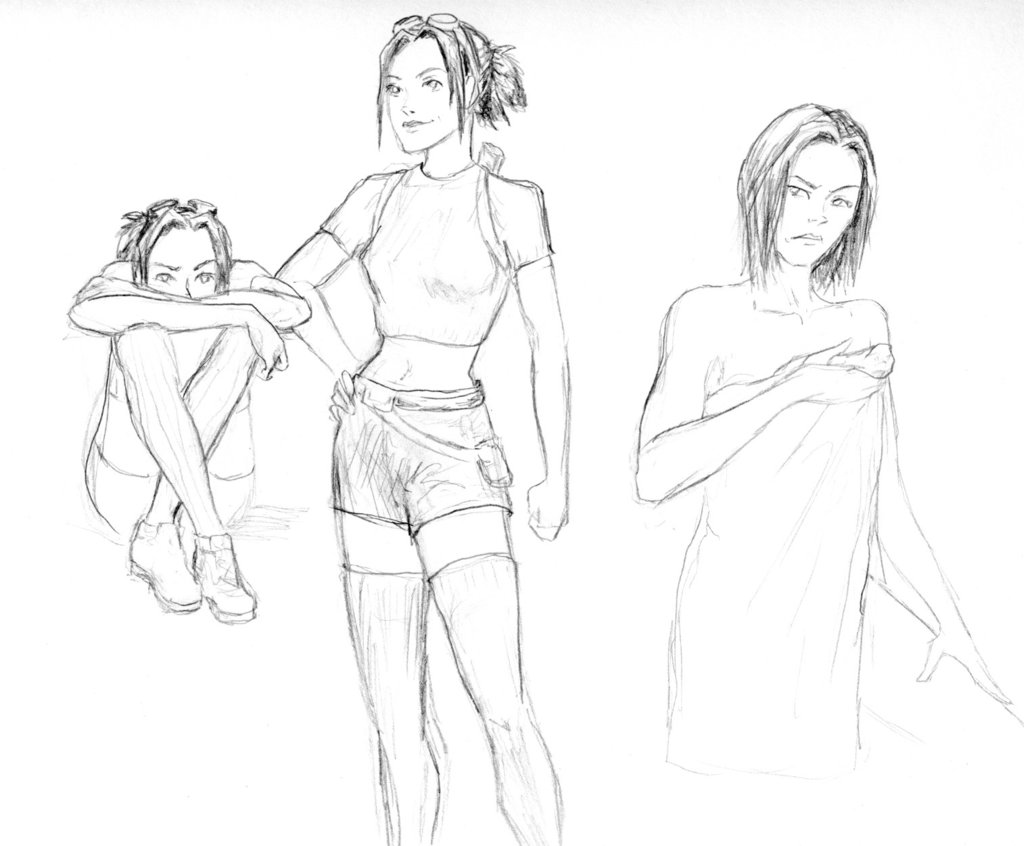 Ally is your average girl in your average world of the 21st century. That’s only one way to describe this heroine with a silver tongue and a heart filled with compassion. Although, Ally’s life is far from average. After being swept away on what would become the greatest adventure she never imagined possible, Ally’s only hope now is returning home to her friends and family in one piece.

Ally’s life before the world of Asphodel was rather simple. She attend college studying writing and history, worked for a publishing company as an editor, and only dreamt of one day becoming a traveling journalist. However, in her heart Ally knew she was destined to do something bigger. Upon being chased down the street late one night on her way home by a mysterious stalker, she stumbled into oncoming traffic, only to be left facing her own death in the headlights of an oncoming bus. But as fate would have it, life had other plans for Ally. After being dragged away from her world to another world in a different place and time, Ally awoke to find her self being carried to safety in the arms of her eventual friend and partner, Sem.

Choosing to join Sem on his adventures to save others like herself, lost among worlds, Ally’s true destiny became rather clear.

While Sem is known for being the clever one among the duo, Ally is defiantly the brains. Having extensive knowledge of the past and present, and charming charisma to back it up, Ally often questions how the savior and “Guardian of Worlds” got along without her. Yet with each adventure she shares with her new friend, Ally can’t help but wonder, was her arrival to the world between worlds really by accident? 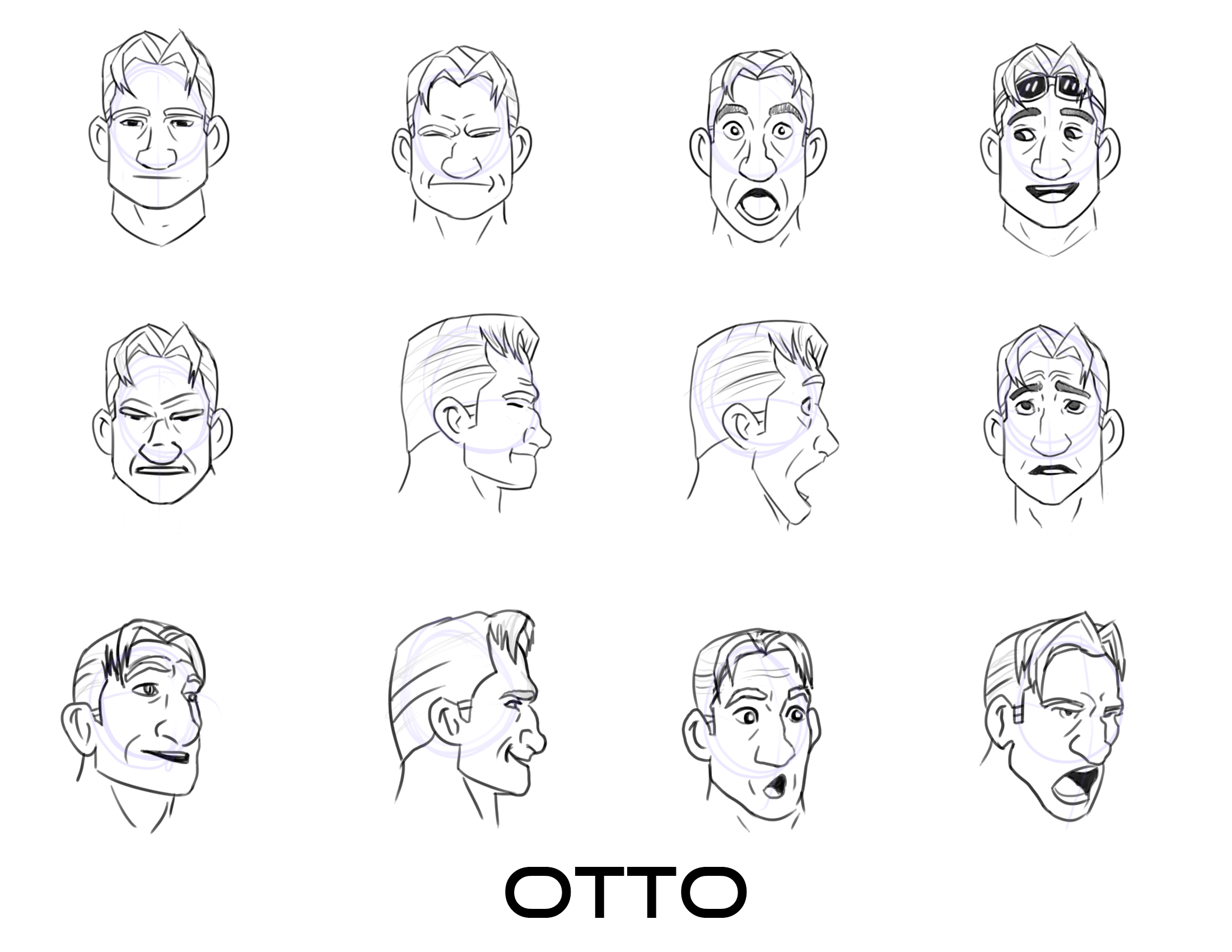 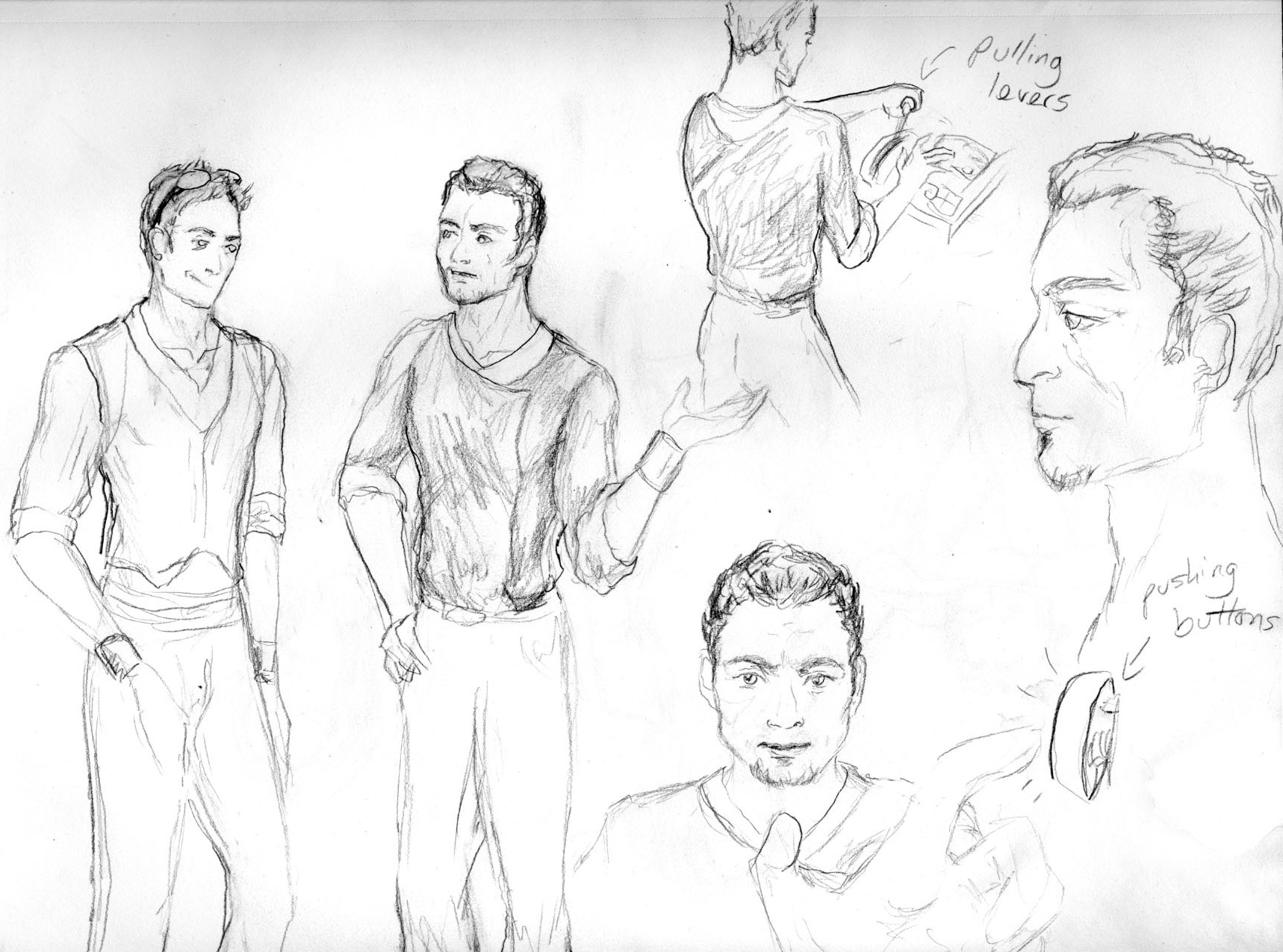 A father with one goal on his mind; return home to his youngest daughter just so he can say he’s sorry.

A family man with two daughters, Zoe and Emma, and a lovely wife, Laura, Otto was once a computer engineer for a research and development company in the 1980’s. That is until his unfortunate accident while working the night shift, leading him to become yet another resident in the world of Asphodel. Not long after his arrival to the world between worlds however, Otto put himself to work in aiding the father of the ARC, Erland, in his quest to find a way home for everyone. Yet, even with Erland now gone and the fate of Asphodel now resting on his shoulders along with Sem, Otto’s determination has never been stronger.

Otto’s greatest quality is being a comfort to many of his friends, especially Ally and Sem. Looking after those individuals who have lost their previous lives, Otto does his best to make them feel at home all the while managing the ARC (the vary machine used to travel between worlds) and watching Sem and Ally’s back from afar.

If there is one thing for certain though, it is that Otto is a generous, kind hearted man… to a certain point. As the vary night he disappeared still haunts him with every waking hour, having only just fought with his youngest daughter and parted on spiteful words, Otto refuses to let anyone stand between him and returning home to say the two words that matter most to him; I’m sorry.