We’ve done more than just create entertainment for audiobook listeners around the world today; we’ve done what it is most books have only dreamt to achieve. We shot for the moon and landed among the stars.

Today, we received word that the prestigious French acting school, Académie du Théâtre de L’Union, has changed. Why? Because of us. Starting next year, the prestigious French acting school will begin offering voice acting as a course, and the professional theater and arts community in France will start taking voice acting more seriously on an international level. Starting next year, the school will begin courses, led by none other than our own actor and the voice of Chris Matour, Luc de Villars, allowing 18 students to follow their dreams. The school will also soon begin production of their very own film style audiobooks in a new art movement, destined to reshape the way readers enjoy stories. Through our hard work, both artists and actors, and all our fans, we’ve managed to change part of a country which is known many times throughout history as being opposed to change. Few writers, artists, and actors can say they’ve accomplished such a task; some of which being famous painters like Monet and Manet, along with their fellow impressionists.

Sem and Ally represents opening the eyes of the world. It’s about seeing through the eyes of others and learning to respect one another to help create the world we all hope to live in. One where we listen more and argue less. And today, our story has done just that. And it’s all thanks to you, our fans.

So, here’s to adding our names to the list of those who have helped change the world, and may we continue to change the world through our hard work in the coming future. Today, we’ve done what Sem and Ally is all about; we’ve made our own history.

Sem and Ally Adventures is about one thing; adventure. Moments of danger, suspense, excitement, and drama all throughout human history and into the future. So, why is it Sem: Adventures Across Time starts… slow? We catch our hero in the midst of a moment of adventure, with danger most certainly, but Sem and Ally adventures is about excitement too. So, in order to address this difference for some readers who are dying for a good bit of action within the first page, a new version of the story has been written. The rest of the book will remain all the same, but the beginning chapter will no longer be about our hero amidst the grand climax of the story.

Instead, we will get to see our lone Guardian of worlds on one of his many rescues, barley keeping his head above water as he ventures through the city of Venice in 1534. The new chapter will be contain thrills, chases, escapes, fights, clues to the stories greater picture, and introduce new readers to our courages and anti-social hero and what it is the series is all about in a new, fun, and more exciting way.

The previous chapter one will still remain relevant to the story, only more content will be added in regards to the story as whole and its introduction. Big thanks to all the fans of the series, and I look forward to sharing many MANY more adventures across time with you all.

Chapters one through three are now available to the public on SoundCloud with early access to chapter four starting January 18th with Patreon Support! Check out the full release schedule for info on the next public release date for each chapter.

As the project pushes ever closer to it’s January deadline, I’d like to personally take the time to thank everyone who’s been checking in on the project and offered their support. I cannot express how amazing it is to hear the hard work, love, and passion being expressed through every performance and audition I’ve heard so far. It is seriously one of the most magical experiences, worth writing in its own book.

I’ve had 1,000 auditions for the project come through my ears, and I wish everyday I could give them all their very own character in the Sem and Ally trilogy. Even with the project far from over, I still wish I could fit them all in.

So, with the holidays now among us, I wanna once more thank everyone. You guys are brilliant and make this long journey worth every step. There’s still a long road ahead, but with supporters and characters such as yourselves there along the way, I couldn’t turn back even if I wanted to.

Best Wishes From Your Number One Fan,

A lot has been going on this passed month. Everything from starting new projects, and getting ready to finish up new ones. There’s news on the latest new TS Wieland book, Pursuit of Orlinia, and news on the new audio book project for Sem and Ally Adventures.

Pursuit of Orlinia is still on track to be released this Fall, 2018, with a closed release happening this September to those special few who are just dying to read it. We’ve moved onto our next phase of line editing, having finished up our run through of content editing, then we’ll be moving on to final copy editing before formatting and printing can begin. I’ve heard a lot of great feed back and wonderful compliments from those who have helped with the beta readings, so I’m really excited for the release.

Work has already begun on converting the second edition of Sem: Adventures Across Time, both parts one and two, into a full blown audio book and new third edition release. The audio book will feature a full voice cast, sound effects, and of course a narrator. The voice actors for Sem, Ally, and Otto have officially been chosen, and I’m excited for you to hear them. A trailer for the audible will be released prior to the first chapter, so look out for some new and exciting stuff. The project will begin production starting next month, and the first chapter will be released starting next year along with the new third edition version of the two books. All the chapters will be released over the next few months, with options for early access through my new Patreon page, which leads me into our next update.

To help fund future audible projects, we’ve created a Patreon page to not only help bring these books into the modern age of storytelling, but to also help support other aspiring actors, writers, and artists have their creative be shown. With even a $1 donation a month, you’ll gain early access to the Sem Audible chapters as they are released freely online. So, if you’re a fan of my books, show your support and help other creative and talented people in the process. Right now, there are no benefits until the first chapter release starting next year, but I and I know my fellow creative friends would be forever thankful.

Other than all that, that’s the latest update. I apologize for the LONG delay on the next Sem and Ally novel, but we prefer to make sure the first novel is at least somewhat ready for it’s epic sequel. As a gift for those who have been waiting so long, I am arranging a “special” surprise to go along with the final chapter of the audible marking it’s release.

May love and dreams find you with warm winds.

Sem Adventures Across Time – Part One

Read the first thrilling segment of the beloved adventure across time, with new updated changes, additions, and the newest collective cover! Available on Amazon for purchase July 30th!

As of April 12th, TS Wieland and the cosplay creators at ShadowFall Workshop have begun talks about an exciting, creative, and unique costume based on the Sem and Ally Adventures series. What is the costume of? We can’t say yet. Though you could probably gather from the clues if you’ve read the series. Although these talks are in early stages, more exciting info while be shared as the project goes along. But for now, enjoy the anticipation… 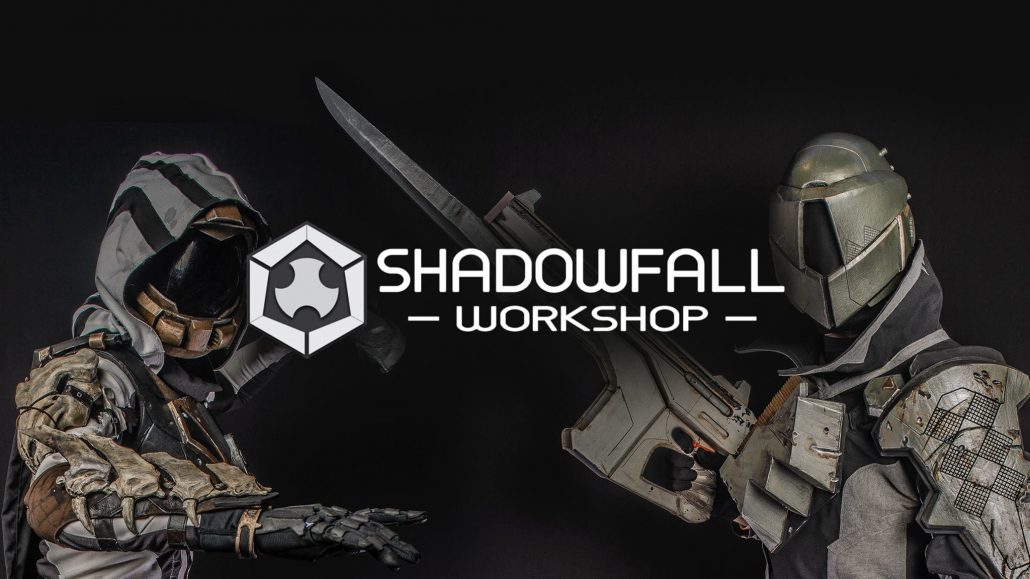 With this new edition, of course there is the opportunity for two new covers! Thanks to the talented Justine Malconteno, those covers are in development. And here are the latest updates: 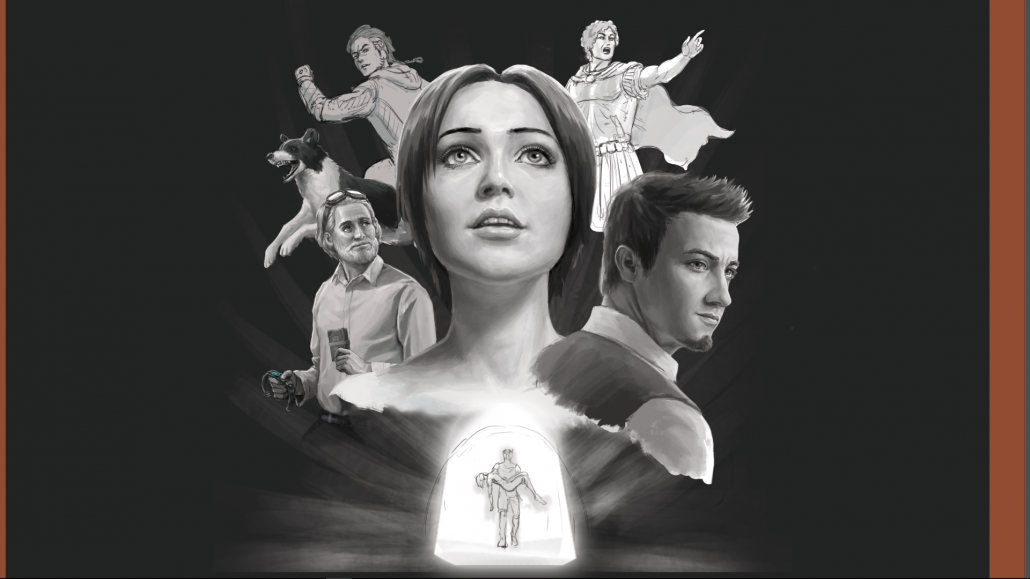 GalaxyFest 2017! Come Say Hello! (And hopefully other stuff too)

Life you live on the east end of the beautiful rocky mountains, swing my and say hello at GalaxyFest 2017! I’d love to meet you and hear your story! Signed copies of Sem Adventures Across Time will be offered out along with all the other awesome goodies you can find at a con. So come have a blast and join the fun! Time waits for no one, so live like you got nothing to lose. 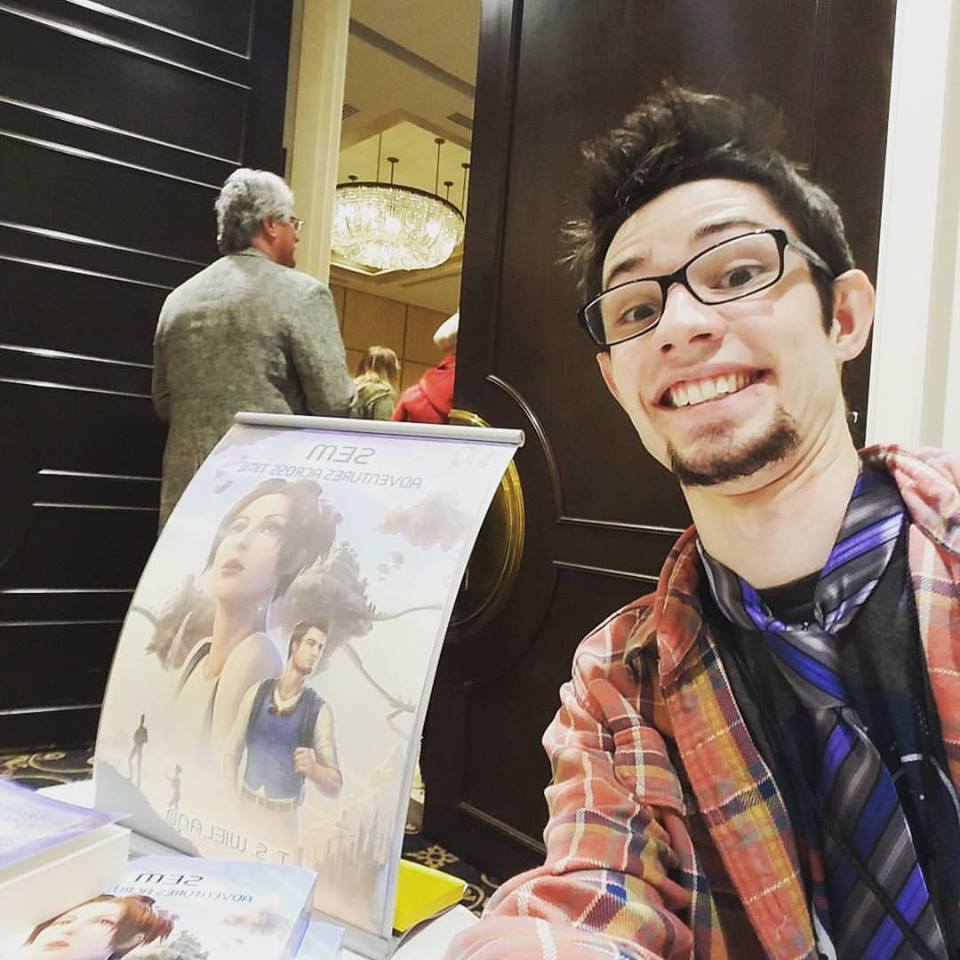 From one traveler to the next; Thanks everyone!

As some of you may know, Sem: Adventures Across Time is only the first book in a much LARGER series, with only one current edition. As such, we are currently in the process of cutting the book into two individual books (Sem: Adventures Across Time Part 1, and Sem: Adventures Across Time Part 2) as part of the upcoming 2nd edition release. This new edition will still contain the same first book, just made into smaller parts with larger font, will include some small additions to the story, and contain corrections to all of the mistakes that made it through in the first edition, in the hopes of helping our readers enjoy the series better and not feel so overwhelmed by the daunting word count and rather small font size.

HOWEVER!, our readers can still purchase the first edition, original, full copy on Amazon for a LIMITED TIME ONLY before it will be replaced by a larger second edition complete copy that will included parts one and two together as the story originally was meant to be. To go along with this new exciting edition of the Sem: Adventures Across Time, part 1 and 2 will also include new special covers, as a way of celebrating the beginning of the series!

With that latest news, keep your eyes out on Amazon for this new two part edition of the series, and keep your gaze turned towards the heavens. Thanks for reading!

Now go make your own history,